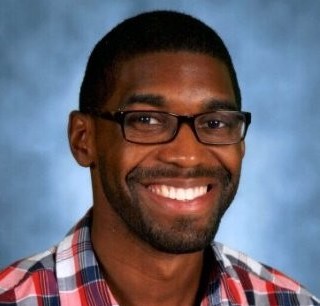 "While I was in the internship, being able to actually see the day-to-day work, to interact with the individuals that we represented… rather than just sitting in the classroom and theorizing about it — that helped solidify my decision in wanting to go into public interest [law]."

EJA: You’re in your second year at Brooklyn Law School. What do you hope to do with your degree?
Mario: I want to go into public interest law. Ideally I would go to an organization that’s able to provide direct services to LGBT communities. If not, it would be direct services for housing and employment issues. [Direct services would be] working for organizations like Legal Aid. The client would come in and we would do an intake interview [and decide] if we can take on the case. With direct services the issues are [resolved] a lot quicker than a big litigation case, which can take years. I want to continue some of the work I did with Sylvia Rivera Law Project: helping transgender individuals get their name changed and be able to change the name changed on their government documents, so they can get access to all the government services they need and avoid the sort of discrimination that occurs when the documents and their self-identity don’t match up. Also doing issues such as helping people get the proper health care they need. If folks are having issues with housing, doing eviction prevention, helping folks get the benefits they need, like Medicare, Medicaid and Social Security. That’s the broader range of issues I want to work on.

EJA: Can name and identification change cases turn into complicated and drawn-out processes?
Mario: It depends if there are any extra considerations that need to be made by the court, and state requirements. Here in New York, the main concern is stuff like, is a person trying to change their name because they’re trying to avoid a collection agency? Sometimes a person may have a criminal record, or a person may not be sure how the name change will interact with their immigration status. In those circumstances, it can be a lot more complicated, and helpful to have a lawyer work through those issues in a way that doesn’t end up having repercussions. [In other states], there may be requirements that you undergo gender affirming surgery, and for some folks that may not be feasible or necessary for their documents to be in line with their gender identity. That creates an unnecessary barrier. Seeing those differences when I was at Sylvia Rivera Law Project helped me identify barriers that I would like to remove for people.

EJA: Do you hope to practice in New York, or are you thinking of going somewhere else?
Mario: I’m from North Carolina, and I would like to go back. Ideally it would be after graduation, but even if I ended up practicing in New York for some time during the beginning, at some point I would like to go back to North Carolina, and work with communities, see what their needs are, and make them a better place to live in.

EJA: Tell me how your summer 2017 EJA fellowship with Sylvia Rivera Law Project helped shape your career goals.
Mario: Just being able to have the financial means to take care of housing and food allowed me to be in the internship in the first place. While I was in the internship, being able to actually see the day-to-day work, to interact with the individuals that we represented, to see myself doing the work, rather than just sitting in the classroom and theorizing about it — that helped solidify my decision in wanting to go into public interest [law]. In those two ways the fellowship helped me.

EJA: Was there a case that you worked on, or experience you had, during the fellowship that particularly resonated with you?
Mario: There was an individual we worked with who had been discriminated against because of her gender identity at a store in her neighborhood. Being able to work with her over the phone, to get all the facts, to write up an advocacy letter informing the owner of the store of the local laws that prevent that discrimination, in collaboration with her — [that] inspired me to want to be a lawyer who works in collaboration with communities. There was [also] one instance where the [organization] allowed me to join one of their [community organizing] meetings. Being able to see how they were able to educate each other on the issues the community was facing, ways they were able to deal with leadership skills, and ways to exchange knowledge between folks who are living in the city every day facing different issues and barriers to where they want to be in life. Being able to communicate those things to lawyers, and lawyers are able to exchange knowledge about how the legal system can work, and how it can help with what barriers still need to be overcome. And to see people come together from all different cliques in New York City, and find community with each other — that kind of made me realize how important the structure of the organization was as well.

EJA: In the first case, how was this individual being discriminated against by the store?
Mario: She had lived in that neighborhood for a long time. While she was going through her transition, there was one instance where she was shopping, and one of the workers called her by the wrong name and wrong gender pronoun. Even after explaining how discriminatory and disrespectful that is, the person continued to call her the wrong name. That’s when she came to the Sylvia Rivera Law Project.

EJA: What advice would you give to anyone who’s thinking of applying for an EJA fellowship?
Mario: Based on my experience, it was about seeing how public interest [law] works on a day- to-day basis. The way to get the most out of it is to really get to know the people in the organization, [as well as] the people you’re representing, so they’re not just a number. As you’re going about your day, [also] find ways to take time to reflect on your internship.

EJA: You followed up your fellowship last summer with an internship last fall with the law school’s LGBT Advocacy Clinic. Do you want to say a few words about the work you did there?
Mario: In the clinic, another classmate and I worked had a litigation case. We represented a transgender woman who, at the time she was incarcerated, one of the guards called her discriminatory names and physically assaulted her. [We argued that] the individual discriminated against her, used excessive force, and there are others who were liable for that mistreatment as well. The supervisors should also be held responsible. People need to know that misogyny, transphobia — all those types of discriminations aren’t allowed.

EJA: Do you think there is adequate legal representation out there for the LGBT community?
Mario: There definitely needs to be more representation. But I would say things are moving in a positive direction. Sylvia Rivera Law Project has been around about fifteen years, and they’re still going strong. ACLU is taking on a lot more cases that are combating transphobia issues. There are more and more organizations that are being funded as well. There’s the Transformative Justice Law Project, the Transgender Law Center, and others starting to do similar work.

EJA: You have another exciting opportunity coming up this summer. What’s that?
Mario: I’m going to be working at Legal Aid’s office in Durham, North Carolina. That will give me the opportunity to have experience with the legal system in the state, and to help serve the legal needs of the LGBT community [there]. In Durham, there are different organizations that [focus on] the LGBT community, like Southerners on New Ground. [This will help me form] a more detailed and nuanced idea of the issues facing LGBT communities in North Carolina, or the South more broadly. I believe it will help further shape my vision of what I want my legal career to look like.