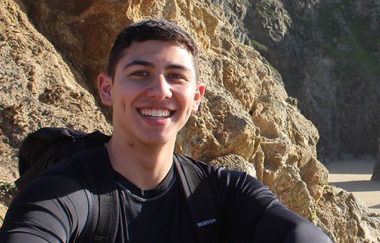 Even in his youth, it was readily apparent that Brian Lewinstein was an extraordinary young man destined to have a profound impact in the world.

So I spend my life helping others, pretending I’m trying to help them when in reality, I’m helping myself. I try not to be indifferent. Morally obligated to be part of the solution.
–Brian Lewinstein, age 12 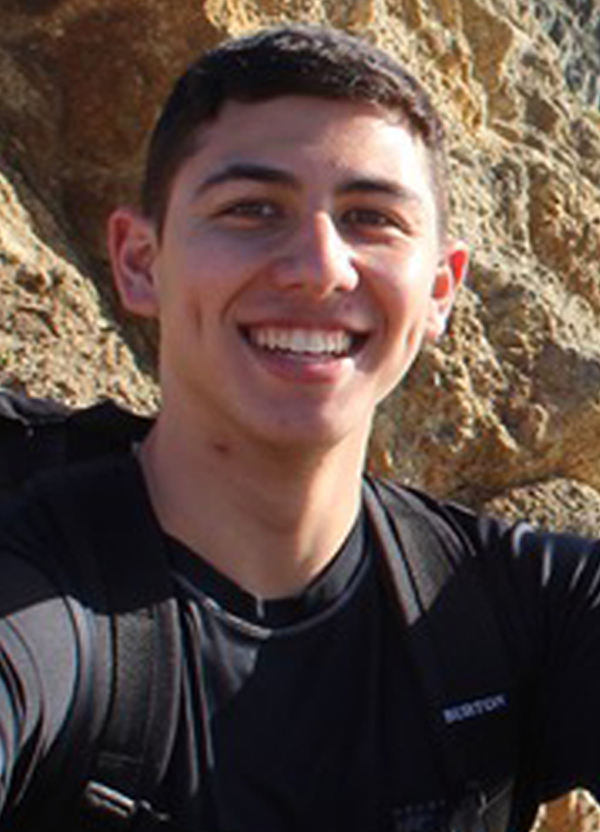 Early on, Brian’s mother, Felicia Lewinstein, recognized the gentleness and strength of his spirit: “As a child, Brian innately understood what it meant to be a good person. He was the protective big brother to his little sister, the baseball player who wins the Little League award not for being the most talented player but the essential sportsman. He was the listener you needed when your words really mattered. His study of politics, ethics, and law honed his moral compass, fueling his determination to do his part to repair the world, to be a change agent for social justice.”

After finishing his first year at Berkeley Law, Brian applied for a Summer 2018 Fellowship to work at the East Bay Community Law Center (EBCLC)  It was an easy decision to make, said EJA Executive Director Dan Ruben,  selecting Brian for the EJA Fellowship.  “We look for bright, motivated, socially conscious law students, and Brian fit that to a tee,” Ruben said. “It was clear that Brian knew our legal system stacks the odds against people of color and those without the resources to defend themselves. He wanted to be a lawyer not only to help individual clients but also to bring about the systemic change needed to tear at the root of these intractable problems.”

Tragically, on August 12, 2018 Brian died in a hiking accident. Only twenty-three, a life of hope and service was ended. Yet, Brian’s impact continues to grow. On August 13th, Brian’s friends and family began paying tribute to him, making contributions through a fundraising page Brian had created when he began his EJA fellowship.

As the tributes and accolades poured in and it became clear just how much the world had lost, the leadership at EJA decided that the Summer Fellowship that had initially been contemplated to honor Brian was not sufficient. Instead, a permanent Brian Lewinstein chair at EBCLC was created. Every two years, an EJA Fellowship is offered to a graduating Berkeley Law student to work full time serving and empowering young people at risk of entering the juvenile justice system. “We lost an outstanding champion for young people, but Brian’s spirit will live on with this momentous fellowship,” EBCLC’s Executive Director Tirien Steinbach said.

The inaugural Brian Lewinstein Youth Fellow is Yasmine Tager, a 2018 graduate of Berkeley’s School of Law, who is passionately committed to challenging the inherent racial disparities in our justice system.

“My time at EBCLC has shown me first-hand how the school-to-prison pipeline epitomizes the ways in which the U.S. ‘justice’ system perpetuates inequity, criminalizes childhood poverty, and disproportionately impacts youth of color,” said Yasmine. “Through my work at EBCLC I have been able to play a role in targeting the ‘justice gap’ between school districts and families, structural racism in school discipline and policing of youth, and routine denial of educational resources that push young people of color out of school and into the juvenile legal system.”

Yasmine provides a concrete example of EBCLC’s holistic approach: “If we’re representing a teenage client who has a learning disability in juvenile court, we work to negotiate down the charges in their case, obtain a lesser form of probation, and provide ongoing advocacy to ensure they successfully complete probation and move through the system quickly. In addition, we generally connect the client with support—a life coach, a mentoring program, a job readiness program, counseling, housing support, or immigration assistance. We then work with those support teams on an ongoing basis. In parallel, we provide special education advocacy to ensure the young person is receiving the needed support in school. As a result of this approach, within six months to a year, the young person’s case is frequently dismissed, and their records sealed. The client can focus on graduating, and maybe even on looking for a summer job opportunity.”

“It amazes me to look back on all of the accomplishments that Yasmine has achieved through the Brian Lewinstein Youth Justice Fellowship—she has already accomplished so much during her relatively short time with us,” said Tony Cheng, Director and Clinical Supervisor of the Youth Defender Clinic. “In my opinion, while Yasmine’s skills and talents make her a formidable adversary, her genuine empathy and compassion make her an even more powerful ally.”

Yasmine completes her fellowship this month, and Shazzy Kamali, a 2021 Berkeley Law graduate, has been selected to carry on this essential mission as the next Brian Lewinstein Youth Justice Fellow.

“Bryan Stevenson (founder and Executive Director of the Equal Justice Initiative and author of New York Times bestseller Just Mercy) has said that ‘the opposite of poverty isn’t wealth. The opposite of poverty is justice,’” said Brian’s father, Marc Lewinstein. “Brian wanted to bring justice to those who are systematically disadvantaged through no fault of their own. His calling, through law and service, was his way to make a difference in people’s lives. He hoped that difference, like ripples in a pond, would spread to entire communities to dismantle systemic barriers to equality. Tragedy prevented Brian from taking up this charge, but I am deeply grateful to the people working at EJA and EBCLC who share his desire and determination to ensure that folks are treated justly. Thank you for caring so passionately about the rights of others. You allow Brian’s legacy to live on through your good work.”

It is not on you to finish the work, but neither are you excused from beginning.
–Brian Lewinstein, age 22 (inspired by Pirkei Avot)