Pace Law School Magazine
Alumni Profile: Dan Ruben ’91
A Visionary for Providing Legal Services to Those Most in Need 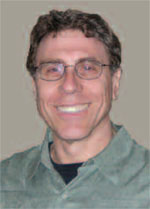 For some people, reaching out to those in need means helping a motorist stranded road-side; to others, it means donating money in the wake of a disaster. For Dan Ruben, helping those who need it most is his vocation.

Shortly after graduating from Pace Law School in 1991, Ruben founded Equal Justice America, a 501(c)(3) non-profit organization that brings low-income and vulnerable communities together with legal services. Equal Justice America (EJA) is unique because of its dual-focus: both to provide legal services to those in need and also to enable law students to access public interest law education and training. Ruben founded Pace’s Public Interest Law Scholarship Organization (PILSO) in 1990, which has since become an integral part of the Law School’s character and focus. Today, PILSO raises and provides funding each summer for over 30 Pace Law students to intern with public interest organizations.

“I was very fortunate growing up; I never wanted for anything and I felt I should give back in some way,” Ruben says of his motivations for founding PILSO. “The idea of starting this organization seemed to be a way for one person to make a difference.”

Dan has done more for the practice of public interest law in this country than any other Pace Law graduate.Professor Vanessa Merton, Faculty supervisor of the Immigration Justice Clinic

Though a huge part of Pace Law now, PILSO was initially a one man operation and an intense labor of love.

“I went around campus, door to door collecting money (to start up) and almost every single professor wrote a check,” Ruben recalls of PILSO’s humble beginnings. “During the course of initially raising money, I developed the idea that PILSO could be successful on a national scale.”

For the rest of his time at Pace, Ruben worked tirelessly to cement PILSO’s place in the Law School community. Through hard work and long hours, the experience stayed with Ruben and shaped his future.

“I got more satisfaction out of starting and running PILSO than anything else I did at law school,” Ruben says. “It just became clear to me that this was what I was going to do when I graduated.”

Equal Justice America has raised millions of dollars to allow law students to work in public interest without having to go further into debt; while at the same time, EJA has provided invaluable assistance to under-served communities in dire need of legal aid.

“[EJA clients] desperately need people who are ready to go to bat for them,” Ruben says of his work. As PILSO helped Ruben identify the area of law in which he would ultimately practice and inspired him to found Equal Justice America, Ruben later united his EJA work with PILSO by funding the Equal Justice America Disability Rights Clinic at Pace Law School.

“The on-going support of Equal Justice America for the Disability Rights Clinic has been instrumental in the Clinic’s success. What started out as a pilot project has become an integral part of the Law School’s clinical program,” says Professor Gretchen Flint, faculty supervisor of the Clinic. “Over the last nine years, hundreds of disabled persons and their families have been assisted by students who have learned legal skills and the satisfaction of helping people in need.”

In March 2003 Ruben was honored with the PILSO Lifetime Achievement Award and received a Congressional Proclamation from Congresswoman Nita M. Lowey for having founded PILSO and for his professional work building Equal Justice America.
At the award dinner, Professor Vanessa Merton, faculty supervisor of the Immigration Justice Clinic, stated simply, “Dan has done more for the practice of public interest law in this country than any other Pace Law graduate.”
Ruben, however, is much more modest in his summation of his work: “We’re just trying to do the best we can for people who really need these services.”