President Donald Trump’s 2018 budget eliminates funding for the Legal Services Corp. In his first budget proposal released Thursday, Trump is cutting discretionary spending to pay for an increase in defense spending and the wall on the Mexican border, the Washington Post reports.

The LSC is among 19 agencies in line for total elimination of funding. Others agencies to be cut include the Corporation for Public Broadcasting and the National Endowment for the Arts, according to the Post and USA Today.

The American Bar Association is “outraged” that the Trump administration is calling to eliminate funding for the LSC and is calling upon members of Congress to restore it, ABA President Linda Klein said in a statement Thursday. Klein noted that LSC offices are in every congressional district and help 1.9 million people annually. 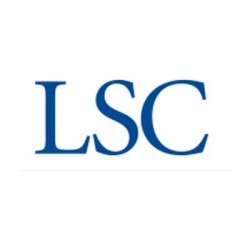 “Some of the worthy services the LSC provides include securing housing for veterans, protecting seniors from scams, delivering legal services to rural areas, protecting victims of domestic abuse and helping disaster survivors,” Klein wrote. “More than 30 cost-benefit studies all show that legal aid delivers far more in benefits than it costs,” Klein wrote. “If veterans become homeless, or disaster victims cannot rebuild, their costs to society are significantly more.”

Also supporting the LSC are the heads of more than 150 U.S. law firms, who told Trump in a letter that eliminating funding would hamper their ability to provide pro bono representation because they partner with legal aid groups receiving LSC funding.

“Eliminating the Legal Services Corp. will not only imperil the ability of civil legal aid organizations to serve Americans in need, it will also vastly diminish the private bar’s capacity to help these individuals,” the letter stated. “The pro bono activity facilitated by LSC funding is exactly the kind of public-private partnership the government should encourage, not eliminate.”

LSC President Jim Sandman remained optimistic about the outlook for the LSC in an interview with Bloomberg Big Law Business. He said he expected Congress to ignore Trump’s proposal and to grant the full $502 million funding request.

“We represent a fundamental American value—equal justice,” Sandman told Bloomberg. “That’s a value as old as the republic itself. Congress understands that.”